…. Nearly five months after I arrived again in Germany.
The last airplane on my world trip touched the ground on the 24th of December, just in time for Christmas. I started to work again, on the 2nd of January and since then I am getting up in the morning like I used to do. That’s about it, now you know…

Ok, this time seriously. Disclaimer at this point, this text may get long and – as you already noticed – it’s not in German, but I know there are some of my fellow travellers that want to read what’s going on and I want to transport it with my own words and not a translation.

To sort this: Let’s start with the first days.
The first days have been obviously filled with Christmas and family, but also with visiting some Friends. This time more casual and less celebrating because it hadn’t been that long since I met most of them in September.
The days „between the years“(as we call the time between Christmas and New Year, in my area) I used mainly to enjoyed some lazy days before work would start again.

First day of work, kind of a big day for me. A little bit nervous and also totally comfortable. Everything seemed so normal and yet so different from how I used to know. It took a couple of weeks to kind of adjust and refresh my knowledge, reactivating my sleeping brain cells. At least the ones that weren’t needed while traveling.
But with every day and every week, most seemed to be normal. It felt good to have a schedule, to get up in the morning, working and concentrating on one thing for longer than a maximum of a couple of hours. One benefit has been that there have been so many to-dos, nobody could take care of while I was gone, so I just picked one at a time, just like I wanted.

First, it took me a while to get things starting in my private time. A lot of evenings I didn’t really know what to do with myself. But then it started slowly to change until the point where I am now – most of my days are somehow filled with meetings with friends or activities and I really enjoy it.
This is probably one of the biggest changes for me: A couple of years ago I was more about an introvert person, not shy – don’t get me wrong, but I necessarily needed time on my own, I drew energy out of these moments.
Now I want to spend as much time with other people or in public places as I can, there have been even moments I felt alone… no lonely. Part of that may be the „typical“ post-traveling depression and I wouldn’t say I am by accident now an extrovert. I still like to be alone, seek those times as well, even though the need is way less.

So, to get back to what happened – a major change for me has been when I after two months finally purchased my own car. Until then I was borrowing one from a friend. With having an own car again there came the feel of freedom, drive when and where you want. But the freedom of my own apartment I still didn’t achieve. So where do I sleep? At my parents home, not always the easiest but it gives time to think and plan.

So, what’s the plan? No clue! Not really at least. Often it annoys me when the time at „home“ is just lazy time, I made plans while I was travelling, to start things, do check things of my „list“ – but not a lot is happening. One thing that changed about that: don’t be at home when you want to be productive – so I am sitting in a small coffee place in Münster to write these lines. Maybe this should happen more often.

So here we are after 4 months:
Sometimes travelling in my head, didn’t have a big breakdown after coming back and enjoying life – without getting stressed, I have been calm most of the last years but now it’s next level of calm.
Also interesting is it to observe myself in old situations, where I would have been reacted or decided differently in the past.

Working is ok, it is getting back to the point where it had been, but my point of view changed. I appreciate everything more. Even though I miss the total freedom when you’re on the road.
I feel rested, no need right now for vacation, even though my boss is asking „when do you start to plan your vacation days“
I totally could start to travel again, I will do it somehow at some time in my life – as I did it this time. For now, there will be a small adventure soon.

I hope this gives You a small view in to my life after travelling and into my thoughts. What are your thoughts about, maybe you let me know in the comments or just say hi. 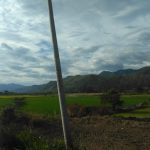 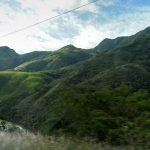